Home/Featured/An Update on the Voting of the PCA BCO Amendments: The Tale So Far

An Update on the Voting of the PCA BCO Amendments: The Tale So Far

As of the end of November, 38 of the 88 presbyteries of the Presbyterian Church in America have voted on the BCO amendments. Here are the vote tallies thus far.

As Fall fades into Winter about 38 presbyteries have given their advice and consent concerning some or all of the twelve Items sent down from the 49th General Assembly (2022) in Birmingham, AL. To change the Book of Church Order, an amendment is run through a three-part process.

Item 1 was perhaps the most controversial overture to come out of the 49th General Assembly. This amendment was drafted to address the ongoing controversy in the PCA concerning the Revoice Movement. While Items 4 and 5 seek to do something similar, proponents of this amendment argue that it would put an end to the 5-year conversation concerning the nature of biblical sexuality. For those who support this amendment, it communicates a clear and simple rejection of any Side-B movement in the PCA. Opponents argue that this amendment is redundant (given the consensus behind Items 4 and 5) and that it could unduly jeopardize the witness of the PCA to the world. The amendment states:

Items 4 (O29) and Item 5 (O31) were perhaps some of the least controversial amendments to pass last year’s Assembly and resemble a consensus regarding the issue of biblical sexuality in the PCA. Overture 29 states:

BCO 16-4. Officers in the Presbyterian Church in America must be above reproach in their walk and Christlike in their character. While office bearers will see spiritual perfection only in glory, they will continue in this life to confess and to mortify remaining sins in light of God’s work of progressive sanctification. Therefore, to be qualified for office, they must affirm the sinfulness of fallen desires, the reality and hope of progressive sanctification, and be committed to the pursuit of Spirit-empowered victory over their sinful temptations, inclinations, and actions.

Item 4 passed the assembly by a vote of 1922-200 (91%-9%) and Item 5 passed the Assembly in an omnibus vote of 2062-33 (98%-2%). These amendments have sailed through the presbyteries. So far, 36 presbyteries have voted in for item 4 and 1 presbytery is against it. Likewise, 36 presbyteries are for item 5 and 2 presbyteries are against it. Overall, the raw tallies reveal that these amendments are supported by over 90% of the Elders in the PCA. Given the present trajectories, Commissioners at the next General Assembly will likely have the opportunity to consider both Items 4 and 5 for final ratification.

Item 7 is an amendment that seeks to fix a major issue in the Book of Church Order (BCO) concerninghow the General Assembly can assume original jurisdiction over a presbytery in a case of doctrinal or public scandal. Proponents of the amendment argue that this solution is far superior to the current language of BCO 33-1 and BCO 34-1. They reason that by changing the language from “fails to act” to “fails to indict” clarifies when the Assembly could assume original jurisdiction of a case. They also argue that by raising the number of presbyteries needed to require the GA to assume jurisdiction to 10%, and by placing the burden of the cost for the investigation on either the petitioning presbytery or presbytery of the minister, this would prevent the provision from being abused.

Some opponents argue that the 10% threshold is too high basically rendering the provision useless. Other opponents claim the threshold is too low resulting in overburdening the Standing Judicial Commission. However, all the opponents agree that amending BCO 33-1 would overburden small presbyteries, especially that with less than 10 churches; under the provision if amended only one Session would would be needed to require a presbytery to assume original jurisdiction over a case. Both proponents and opponents of this provision agree that BCO 34-1 is broken in its current state, but the solution is less clear than the problem. The amendment states:

Item 7 passed the Assembly by a vote of 1245-521 (70%-30%) and defeated a minority report. Since the Assembly, Overture 8 has struggled to maintain its momentum. So far, 20 presbyteries are for it and 15 presbyteries are against it. This amendment needs to pass in 39 of the remaining 53 presbyteries to be considered at the next General Assembly. While not impossible, this amendment faces a tough road ahead in the Winter and Spring.

There are 55 presbyteries yet to consider some or all of the Items sent down from the 49th General Assembly. To follow these votes on these amendments this spreadsheet will be regularly updated.

Scott Edburg is a Minister in the PCA and is Assistant Pastor of First Presbyterian Church in Tuscumbia, Ala. 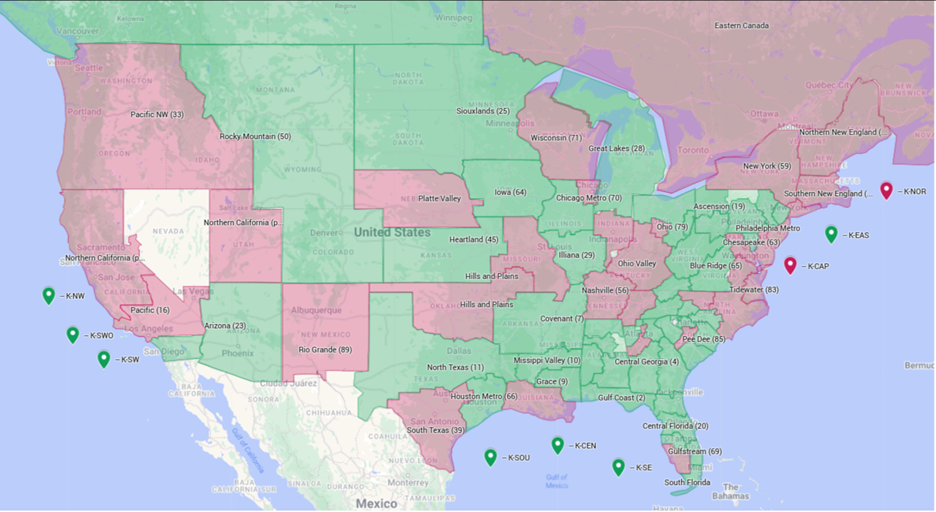